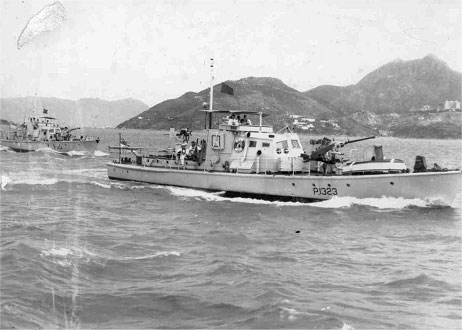 In what became known as the Pearl River Incident of September 9, 1953, Gordon Cleaver’s courage and resource was recognised by the award of the British Empire Medal. Since 1946 Hong Kong had been policing its waters with a force of small craft. Relations with the People’s Republic of China were precarious, with each party touchy about infringements of sovereignty within their national waters.
Motor Launch 1323, commanded by Lieutenant G. C. X. Merriman, was patrolling in Deep Bay, the south shore of which was British and the north Chinese, when he spotted a Chinese warship coming down the Pearl River from Canton. He altered course to intercept, in contravention of orders which forbade closing communist craft for the sole purpose of identification and required British warships to keep well clear of Chinese territorial waters. It was shown at the subsequent inquiry that ML1323 was only a mile from an ill-defined Chinese border line.

The Chinese vessel, a landing craft, signalled to ML1323 to stop, following up with small-arms fire, and then hitting her with a burst of machinegun fire. The Chinese then opened up with a 75mm gun, the first shell penetrating the engine room without exploding.

Merriman ordered Leading Seaman Cleaver to check for injuries and all hands to take cover. Cleaver entered the engine room and found the unexploded shell, picking it up and dropping it over the side.

Meanwhile another shell hit the bridge, where Merriman was taking photographs. It severed both his legs above the knee, smashing his right arm and blowing off the hand. Other shells detonated the Oerlikon gun’s ammunition, disabled the six-pounder gun, and wrecked the wheelhouse, killing five of the six sheltering there. The survivor, Able Seaman Shearman, steered the vessel amid this carnage until also killed as the steering gear was wrecked. Altogether, ML1323 was hit by ten 75mm shells.

Merriman was asking for morphine, but Cleaver was unable to locate it. Cleaver helped two others to put out a raging fire in the engine room, then organised the fitting of the cumbersome emergency steering, which involved unscrewing a deck plate, disconnecting the primary gear and fitting a metal tiller to the rudder post.
Above, two RAF Hornet aircraft were exercising and saw the gunfire and smoke. Although unarmed, they repeatedly dived on the Chinese warship and drove it off.
Cleaver and Stoker Clark, a surviving engine room rating, cut away the mast, which was hanging over the side. Under Cleaver’s command, ML1323, in a sinking condition in a rising wind and sea, limped back to Hong Kong.

Merriman died on the way back. Of the 11 people on board, seven were killed, one was severely wounded and two less seriously so.

The Chinese rejected Britain’s diplomatic protest, saying that the ML was flying no flag and was thought to be a pirate. Condemnation was world-wide; it was subsequently alleged that the Chinese had tried and executed the captain of their ship.

The British board of enquiry found that Lieutenant Merriman had a reputation for “commie baiting” close to boundaries and “regretfully had to record that this fearless young officer who had given his life and died a most painful death and cannot therefore speak in his defence did not adequately comply with his instructions, of which he was well aware”.

Cleaver was highly commended for assuming his sudden responsibility so coolly amid such bloodshed.

Gordon Cleaver joined the Navy as a boy seaman in 1948. In retirement he worked in engineering management. At the time of his death he was chairman of the Hong Kong Flotilla Association.

He is survived by his wife Jean. There were no children. 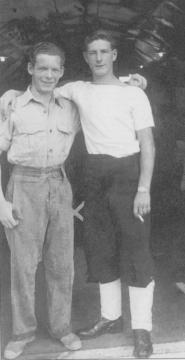 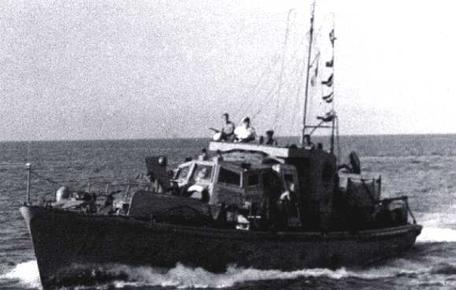