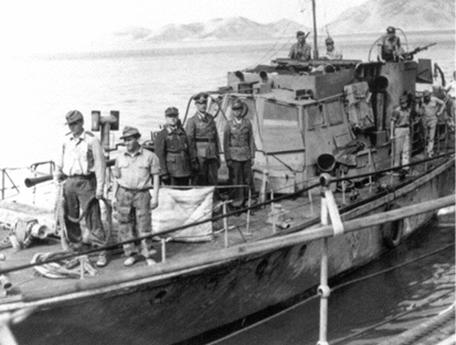 HDML 1381 with Major General Wagner, Commander of German forces in the Dodecanese, and two of his staff officers coming alongside the destroyer HMS KIMBERLEY 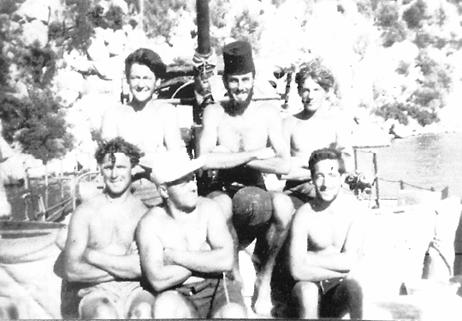 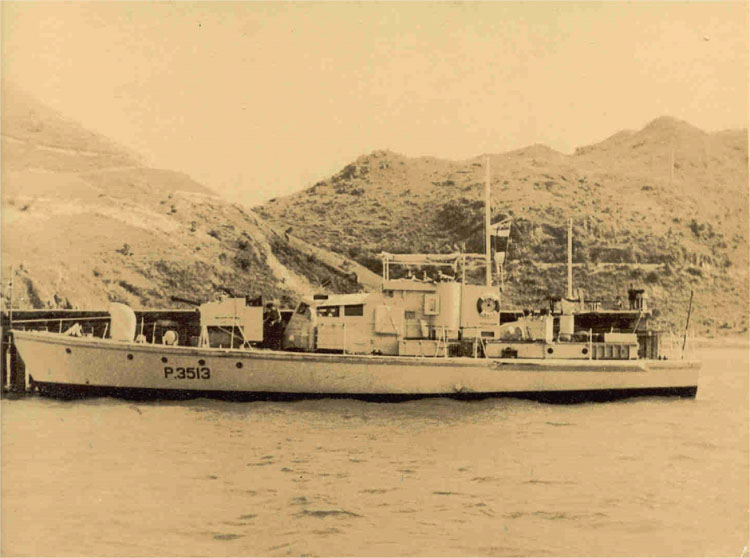