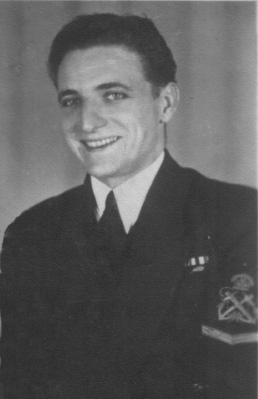 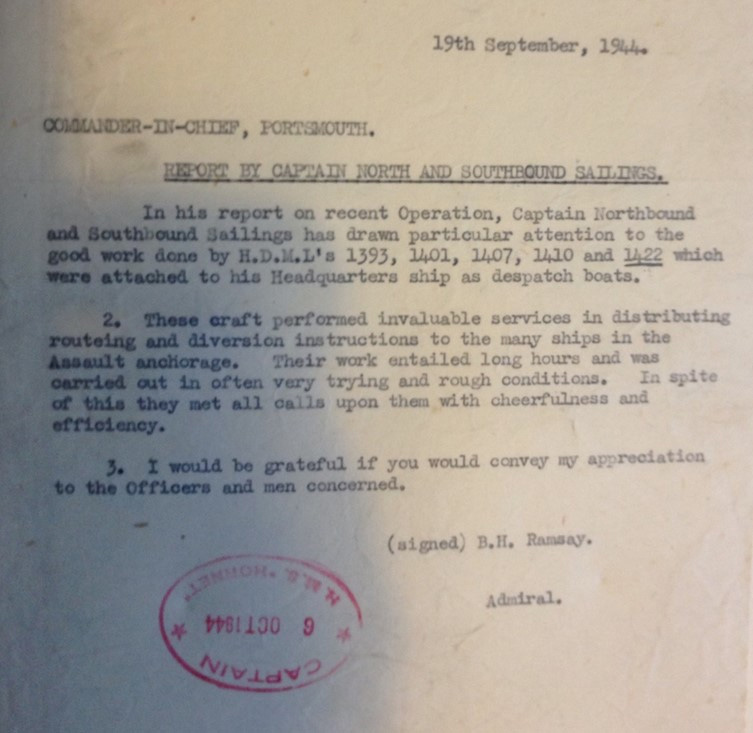 “As you know, she was built at Bideford, Devon, and we commissioned her in January ’44 – I joined her as P.O. Engineman – After undergoing her sea-trials we sailed down to Portsmouth, ostensibly to prepare for our ultimate destination, Freetown, West Africa. (we had already been issued with full tropical kit). A few weeks later we were told that the Freetown trip had been cancelled, a decision that we were pleased about because none of us fancied going there.

Little did we know, of course, that the invasion of Normandy was imminent (it seems we had been kept kept back for this).

We were then moved along the coast to Newhaven.

Late in the evening of 5th June we, and the other 5 boats of the flotilla headed out of the harbour up the Channel towards Bouloigne. The weather was really bad with squally rain and blowing a gale and pitch black. We patrolled up and down about 2 miles off the coast, which we could see at times, in spite of the weather. We kept this up for about 4 or 5 hours, expecting to be blown out of the water any minute, and then headed for home. It seems we had taken part in a diversionary exercise as part of Operation Neptune to make the Germans think we were going to make a landing in that area.

The C.O. had informed us before we set out that our chances of returning safely were not very good so you can imagine our feelings of relief !

From then on we carried on with the work we were built for, namely, Harbour Defence.

A couple of months later, whilst running at “full ahead” inside Mulberry Harbour, off Arromanches we passed over an acoustic mine which exploded, the force of which lifted the boat a couple of feet out of the water. I was lifted up and my head made contact with a wooden beam on the deckhead. I was k.o.’d for a few seconds and I came to to the sound of the engine-room telegraph urgently ringing for “full-astern”, an order which I obeyed with alacrity! (apparantly the steering had jammed and we were heading straight towards a large merchant ship !) The 2 main engines were wobbling all over the place – all the holding down bolts had broken. We managed to limp to the jetty and then had the job of stopping the water pouring in via a few broken sea-water intakes.

Fortunately, apart from my head wound, which required 4 stitches, we came through without any injuries.

The powers-that-be decided that we were no longer of any use so a few days later we were towed back to the U.K. by tug to a small boatyard at Shoreham – on – sea (I think) and the last we saw of HDML 1410 she had been pulled out of the water onto the slips . We were then sent up to Dunoon in Scotland to commission a brand new HDML 1476”. 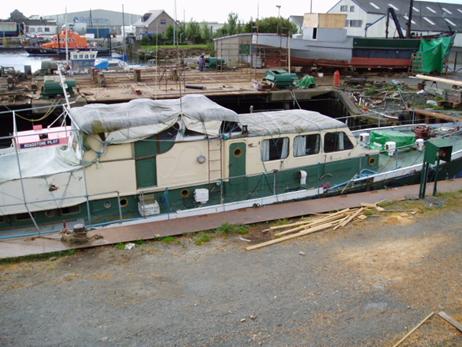 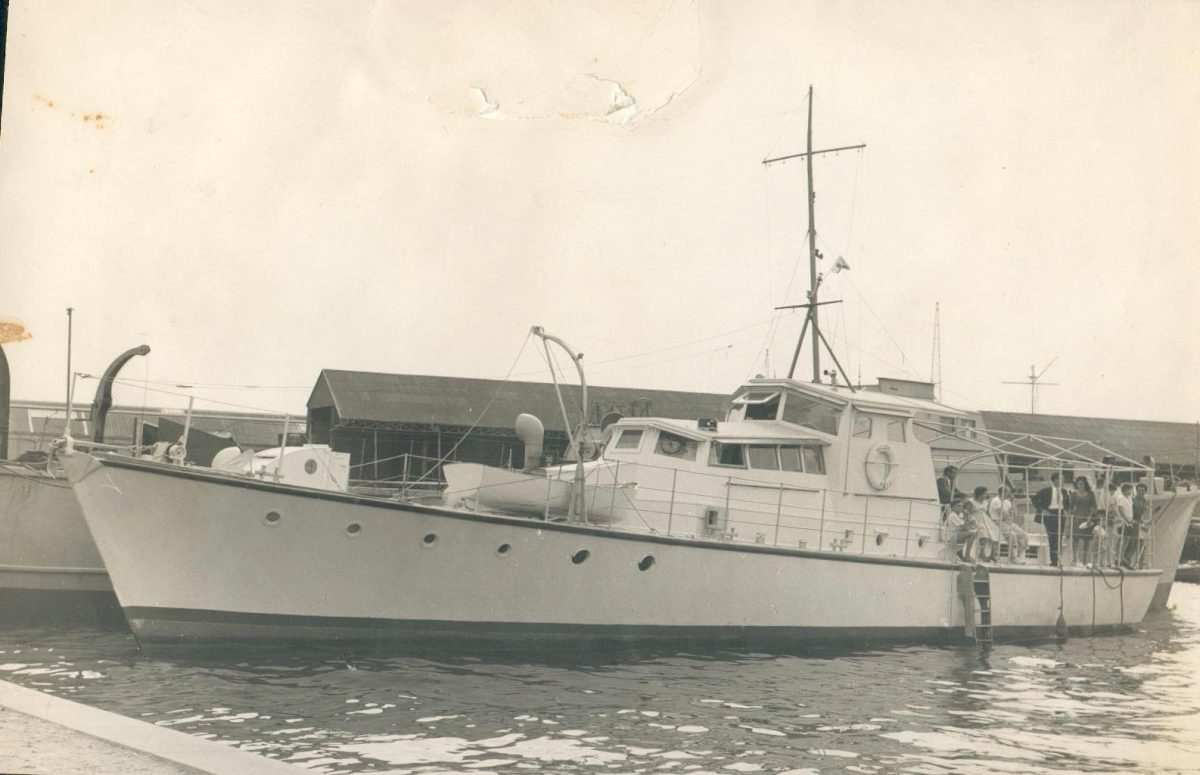 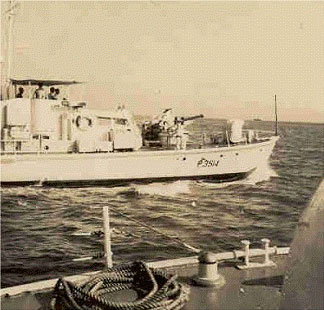